Awards
You are here: Home1 / Awards2 / Optimize water3 / The various water softening systems at a glance 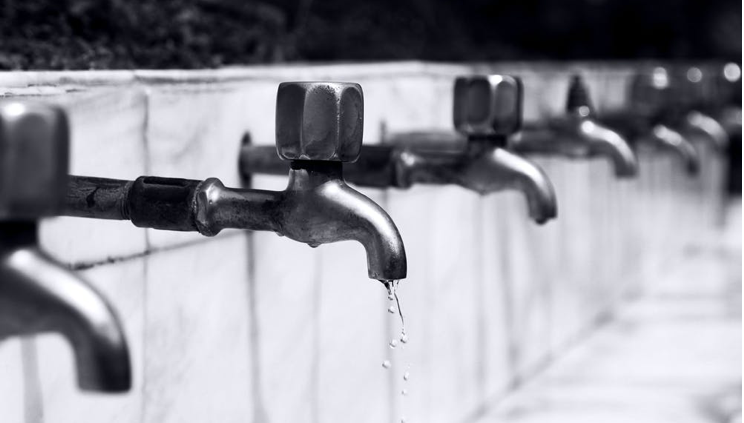 For many, it is particularly worth considering when building a house. Anyone who installs a water softener in their own four walls protects all installations at the same time. A household without lime sounds tempting. Cleaning the shower for hours, coffee machine  Descaling or buying spare parts for the washing machine is a thing of the past. Various water softening systems promise such effects. Of course, everyone claims to be the best – after all, the product has to be sold. From a factual point of view, however, there are certain advantages and disadvantages to each method. We have summarized the most important things for you.

If you search for “water softener” on the Internet, the first results are ion exchangers. The two terms are also often used synonymously. As the name of this system suggests, something is being exchanged. Lime consists of the two minerals calcium and magnesium, which the ion exchanger can remove from the water. The inside of the device is filled with synthetic resin balls containing sodium. If water flows through, the calcium and magnesium particles penetrate the balls and displace sodium particles. Thus calcium and magnesium are simply exchanged for sodium. After this process, the water has a hardness level of almost zero. This is bad for water pipes – water this soft acts like an acid and eats away at home installations. This is why the softened water is then mixed again with “normal” water. The hardness you ultimately want can be set on the device.

So only soft water flows through your own home. The lime in the water is not bad in every respect, because it gives tap water its good taste. A fine palate will recognize the increased sodium. Thanks to our modern diet, we already consume far more sodium than the body needs. You should clarify with your doctor whether the increased sodium content can be a problem for you.

Reverse osmosis is not a water softening system in the classic sense. The devices not only remove the hardness builders, but all foreign substances. Water treated in this way is not primarily drinking water. It is usually used for medical purposes, for example for laboratory equipment, or for technical equipment such as glass washers and humidifiers. The functionality of reverse osmosis devices is easily explained. They work with what is known as a semi-permeable membrane, which only lets water molecules through.  It works in a similar way to a coffee filter, except that the pores are much smaller and the water is much smaller after the filtering process  is really completely cleaned. If you want to drink this water, you have to enrich it with minerals first.

The problem with reverse osmosis devices is the high energy consumption. It takes a lot of force to push the water through the fine membrane. If you want to decalcify all the water in the household in this way, it has a significant impact on the electricity bill. The wastewater consumption also increases, as the filtered out substances have to be flushed out with a lot of water and then migrate into the drain. A liter of this filtered water is very expensive in comparison.

Dosage: Beat the lime with its own weapons

A somewhat unusual option is the dosage. Usually it is used precisely for the opposite of softening. Very soft water is bad for water pipes because it has a low pH and can aggressively eat into metals. Polyphosphates can be added to such water; these form a protective layer and seal the pipe from the inside. With hard water, another effect occurs: the phosphates are deposited on the surface of calcium and magnesium and thus stabilize them. Lime crystals can no longer grow together and are not deposited.

This is particularly useful where solid deposits quickly form due to heating, for example in boilers. However, the dosage is not softening in the classic sense. The water does not change its degree of hardness, but is stabilized.

Softening using permanent magnets is an “alternative” option for water treatment. It is not a softening in the classic sense. Magnets do not remove the hardness builders calcium and magnesium, but transform their structure. New angular structures are created so that the particles can no longer be linked or firmly deposited. The lime is rinsed out with the water. This no longer has to be scrubbed away with acidic cleaning agents, but can be easily removed with a soft cloth. The advantage of this method is that the healthy minerals and the wholesome taste are retained in the water. No chemicals are required, the system works without electricity and maintenance is also free of costs.

Magnetic water softeners are often criticized because classic tests cannot prove their effectiveness. Because the lime stays in the water, a chemical analysis cannot of course show any results. Using microscope images and physical parameters such as pH value or electrical conductivity, however, a clear change in the water can be detected.

The word “electrolysis” comes from the Greek and means “to separate by means of electricity”. This process normally splits water into its components hydrogen and oxygen. If you want to get the lime out of the water, you work with less tension. Two electrodes are placed in the water, the polarity of which is constantly reversed – this releases lime crystals. These work as so-called seed crystals. This means that they have a rough surface on which more lime particles are deposited. But they can no longer get stuck in the pipe system. When they are big enough, they are simply rinsed out with the water.

Similar to magnetic treatment, electrolysis does not remove the lime from the water. Endurance tests lead to the same result as before. This type of water softener is not used very often.