Aquavital for more than 15 years…

Visions, goals & perseverance. The start-up entrepreneur was fascinated by the treatment of water from youth. The vision that every household should have healthy water was followed by the clear objective to become a market leader. “In the beginning there was a handful of people who have believed in me and my idea. Many have portrayed me as crazy. But I have always believed in my development and my vision of healthy water, risked everything and followed my path,” recalls Schriefl back to the early days. He really opened a market niche. Today there are around 100,000 devices in use around the world. Aquavital is the clear number 1 of the physical water treatment.

Marketing by networking. At the beginning there was the vision and a great product – and of course too little marketing budget. So the entrepreneur began to use unconventional measures to assert himself and developed his own system. Marketing by networking: popular politicians and opinion-formers who use and promote the product. “Tobias Moretti, Thomas Sykora, Roland Düringer, Heinz Kinigartner, Renate Goetschl, Marc Webber and many more are satisfied customers of Aquavital who helped me a lot to increase the awareness of the product,” says Schriefl.

Awards, innovations & export offensive. Although the entrepreneur got many awards – among other things by the Austrian Ministry of Economic Affairs and the environment ministry – he did not rest on them. On the contrary. He invested in innovation and research. So he was able to establish in the Arabic area by equipping the gigantic indoor ski resort in Dubai and the property of the Sultan of Oman. Since that time Aquavital is a fix player in the United Arab Emirates (UAE). “At the best of times we exported to 42 countries. A few years ago we decided to withdraw from Eastern Europe due to the emerging economic crisis. Since then we have focused very heavily on the German-speaking countries and the United Arab Emirates. Especially where water is a scarce resource highest quality levels are demanded which we develop with passion for every size of task, so for example for an indoor ski resort in the middle of the desert” told Schriefl next.

Social commitment. Despite this successful development the entrepreneur does not forget that heself comes from a humble background and is socially committed.

Gold-edition for the anniversary. For its 15th anniversary Aquavital put within “The Big 5” fair in Dubai a premium version in gold-edition on the market. “There has been a demand for a premium model. The 15-year anniversary was occasion for presenting this gold-edition. To thank our customers and friends we were giving away three devices of the premium version. We look forward to the next 15 years of healthy water with Aquavital”, commented Schriefl. 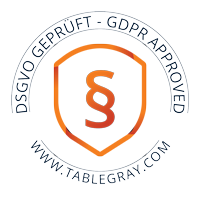